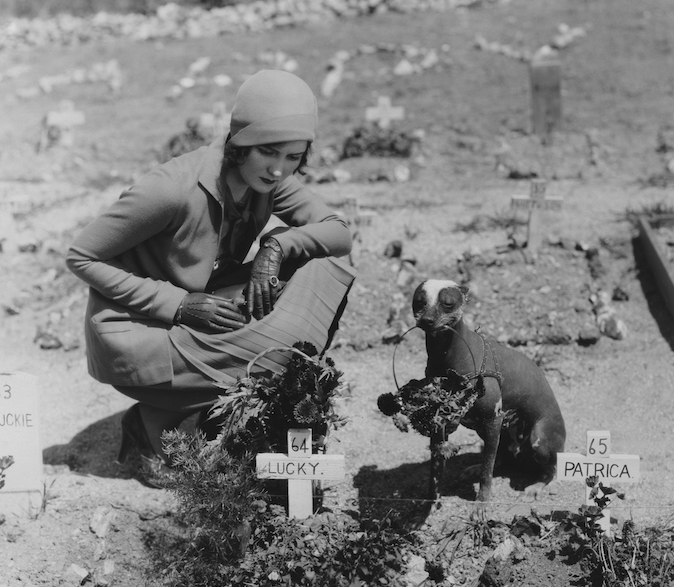 For as long as people have loved animal companions, we’ve cared for them in death. Archaeological evidence suggests that people have been keeping company with dogs for at least 14,000 years, and cat domestication may have begun as early as 12,000 years ago. Almost as long as humans have existed, animals have lived and worked at our sides—and those animals were honored in death much as pets are today.

In 1914, stone quarry workers unearthed what we know today as the Oberkassel Double Burial site. This gravesite, which dates back to the Stone Age 14,000 years ago, contained the remains of a man, a woman, and a dog, as well as artwork made from bone and antlers.

Though this site is the oldest yet discovered, it’s certainly not the only ancient burial site to contain canine remains. There are more than 200 dog burials over 3,000 years old found throughout North America, and in Eastern Russia where dogs and people are often found buried together in designated cemeteries.

Dating back as far as 4500 BCE, Ancient Egypt is famous for mummification as a method of preserving and honoring the dead, and this practice was not limited to humans. Cats, considered sacred to the ancient culture (and in our opinion, ours too!), were frequently mummified and included in the tombs of Pharaohs and at ritualistic sites honoring the goddess Bastet.

There are also non-ritual tombs of cats from this time period: At Port Berenice on the coast of the Red Sea, a 2000-year-old gravesite is home to cats, dogs and even monkeys laid carefully to rest. Some of the cats wore decorative collars of iron and beads.

Ashkelon, a region on Israel’s Mediterranean coast and heart of the ancient world, is also home to what may be the world’s first dedicated pet cemetery. Dating back 2500 years, the area contains remains of more than a thousand dogs buried over the course of a century.

Dogs were popular companions for Ancient Greeks and Romans, and many were buried with care near homes or by well-traveled roads. These pets were sometimes honored with mosaics, sculptures, and touching epitaphs, making it clear that ancient pet owners loved their dogs as much as we do ours. One famous inscription reads: “This is the tomb of the dog, Stephanos, who perished, Whom Rhodope shed tears for and buried like a human. I am the dog Stephanos, and Rhodope set up a tomb for me.”

Alexander the Great famously named a city for his beloved mastiff Peritas, erecting a statue in the dog’s memory in the city square.

The Origins of the Modern Pet Cemetery

By the Victorian era, in response to growing industrialization and a change in lifestyle, pets became more like members of the family than ever before. Upper-class Victorian households could afford more lavish tombs and memorials for their pets, and grave markers for cats and dogs began showing the human family’s surname or referencing the pet parents as ‘mummy’ and ‘daddy.’

One of the most famous pet cemeteries in the world is Hyde Park in London, which contains more than 1,000 beloved animals. The first companion interred there, a Maltese terrier named Cherry, was buried in 1881. Her owner, who had walked Cherry there daily in life, requested the arrangement with the groundskeeper, and soon after other London animal lovers began memorializing their pets there as well. New animals have not been buried there since 1976 due to space constraints, but visitors can still wander among the memorials and see the strength of the human-pet bond throughout history.

Pet Cremation Through the Ages

Historical records make it much easier to find buried remains than ashes, but animals have been cremated and memorialized throughout history as well. In cultures that practiced human cremation, it’s safe to assume beloved pets were sometimes laid to rest the same way. Ancient cultures kept cremated remains, too: a collection of more than 1,000 urns containing dog ashes were found in Palestine, dating back to 332 BCE.

When pet cemeteries gained prominence in the Victorian times, cremation gained popularity as well. The first American pet crematorium opened in New York in 1896. Since then, cremation has become the most common way for pet remains to be laid to rest; more than 90% of all pets are cremated these days, with ashes kept in urns, buried, or scattered in a meaningful place. Pet ossuaries, or private grounds where ashes can be scattered or stored, are increasingly popular as well.

Best Friends Pet Passings & Cremations knows very well the bond that humans have with their pets, and we are proud to be part of this long tradition of pet memorial. We offer pet cremation packages and memorial services for pets throughout Albuquerque and Rio Rancho, and are always here to help you plan a more peaceful goodbye. Call us at 505-345-5615 to learn more. 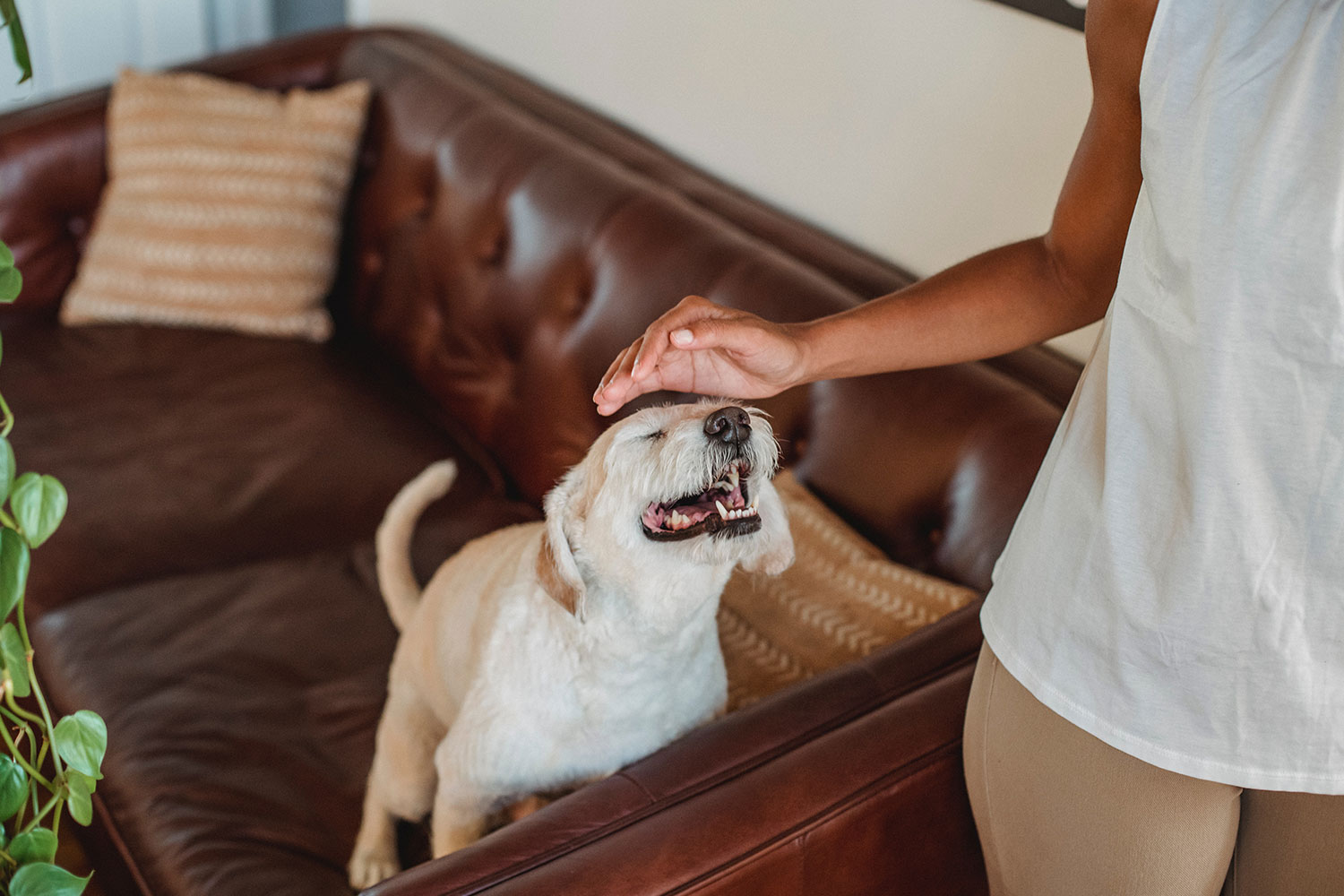 A Pet is Never “Just” a Pet

Pets are family. And when a family member dies, it’s normal for your life to feel turned upside down. 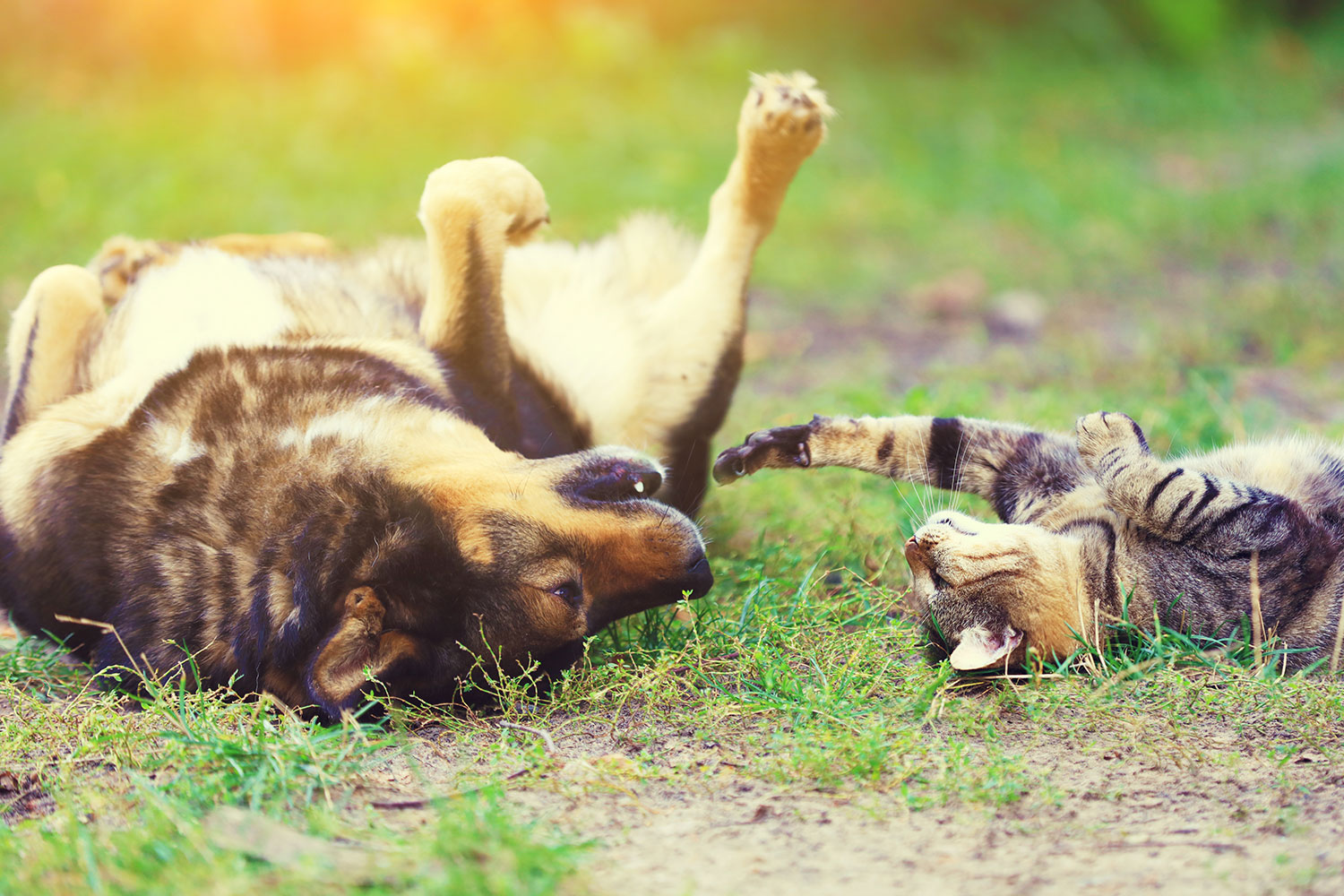 What Is the Rainbow Bridge?

The Rainbow Bridge comes up often when talking about pet loss. But what is it, and is it helpful? 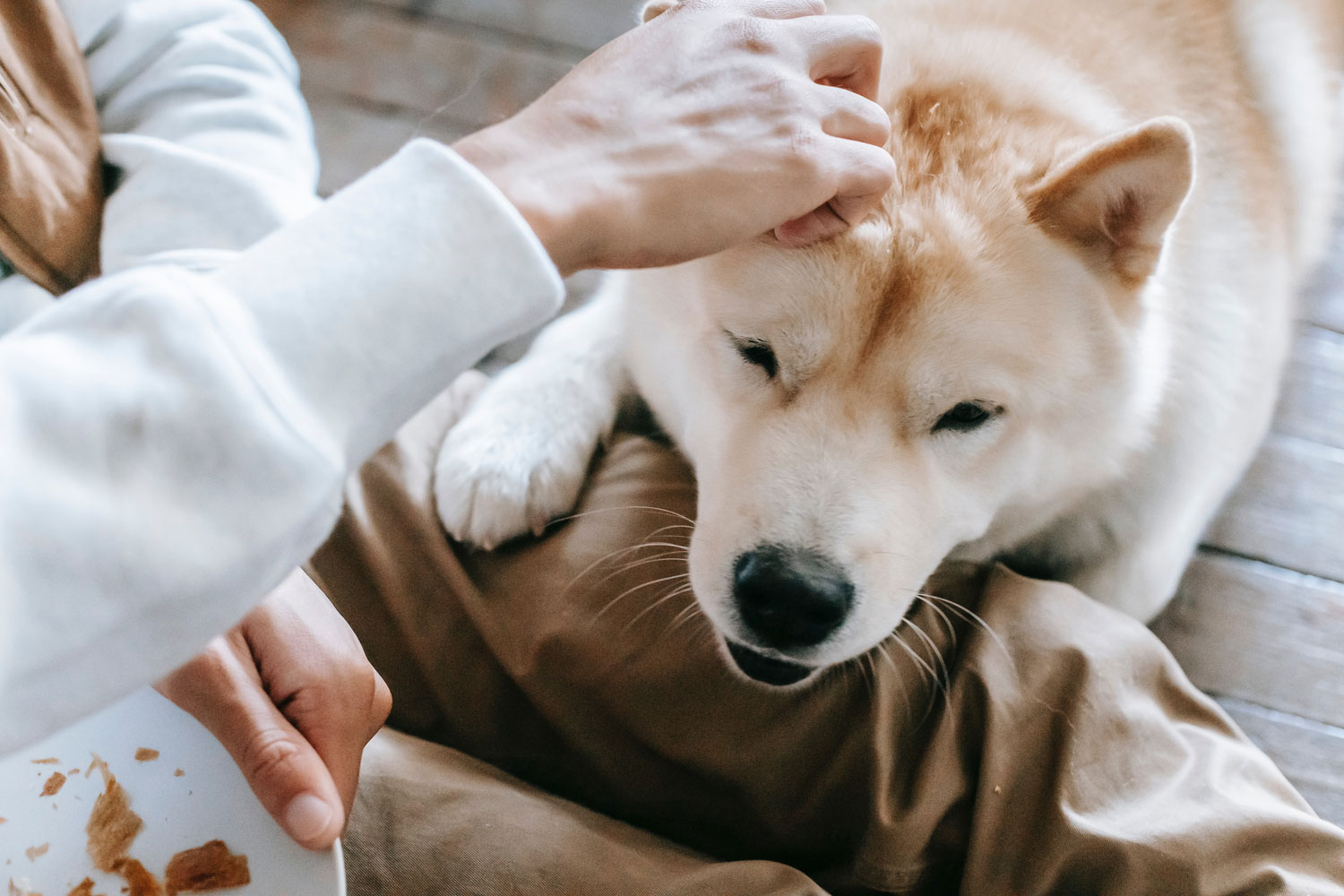 How Does At-Home Pet Euthanasia Work?

At-home euthanasia can make an opportunity for a more peaceful goodbye.